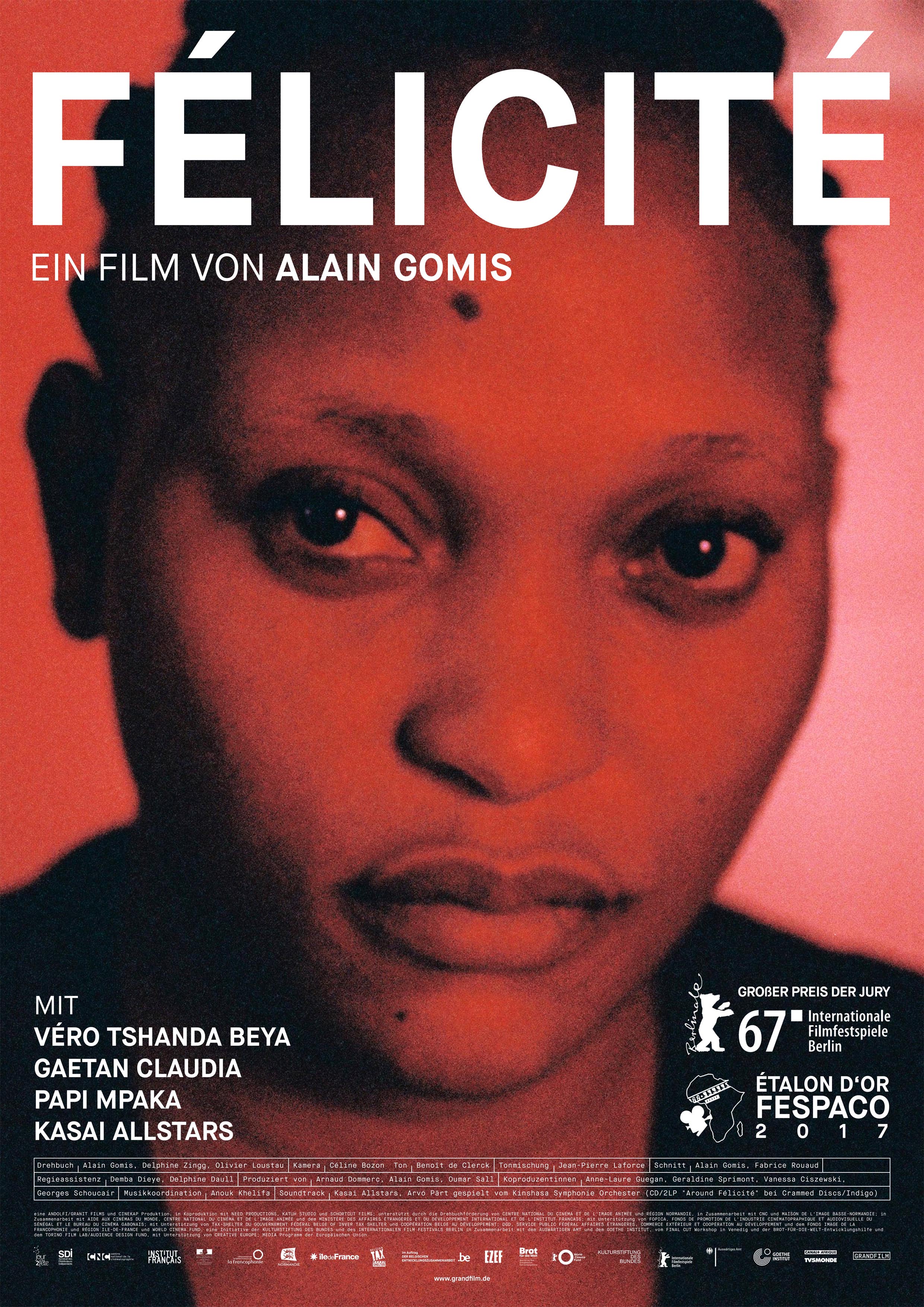 Félicité is a proud and independent woman working as a singer in a bar in Kinshasa. Whenever she goes on stage, she appears to leave the world and her everyday worries behind. Her audiences are quickly infected by the rhythm of her music and her powerful, melancholy melodies. But then one day Félicité’s son has a terrible accident. Whilst he is in hospital she desperately tries to raise the money needed for his operation. A breathless tour through the impoverished streets and the wealthier districts of the Congolese capital ensues. One of the bar’s regulars is a man named Tabu who has been known to get carried away in every sense of the term. Tabu offers to help Félicité. Reluctantly, she accepts. After his spell in hospital, Félicité’s son has a hard time picking up his old life, but it is lady’s man Tabu of all people who manages to coax him out of his shell. The trio forms an eccentric community thrown together by fate, each of whom is free to go their separate ways together. Félicité’s sparsely furnished flat with its permanently defunct fridge becomes a mini utopia in a country that holds no hope for most of its population…

German Funds/Supporters:
World Cinema Fund, a joint initiative between the German Federal Cultural Foundation and the Berlin International Film Festival, in cooperation with the Federal Foreign Office and with further support by the Goethe Institute.
Bread-for-the world-Protestant Development Service.