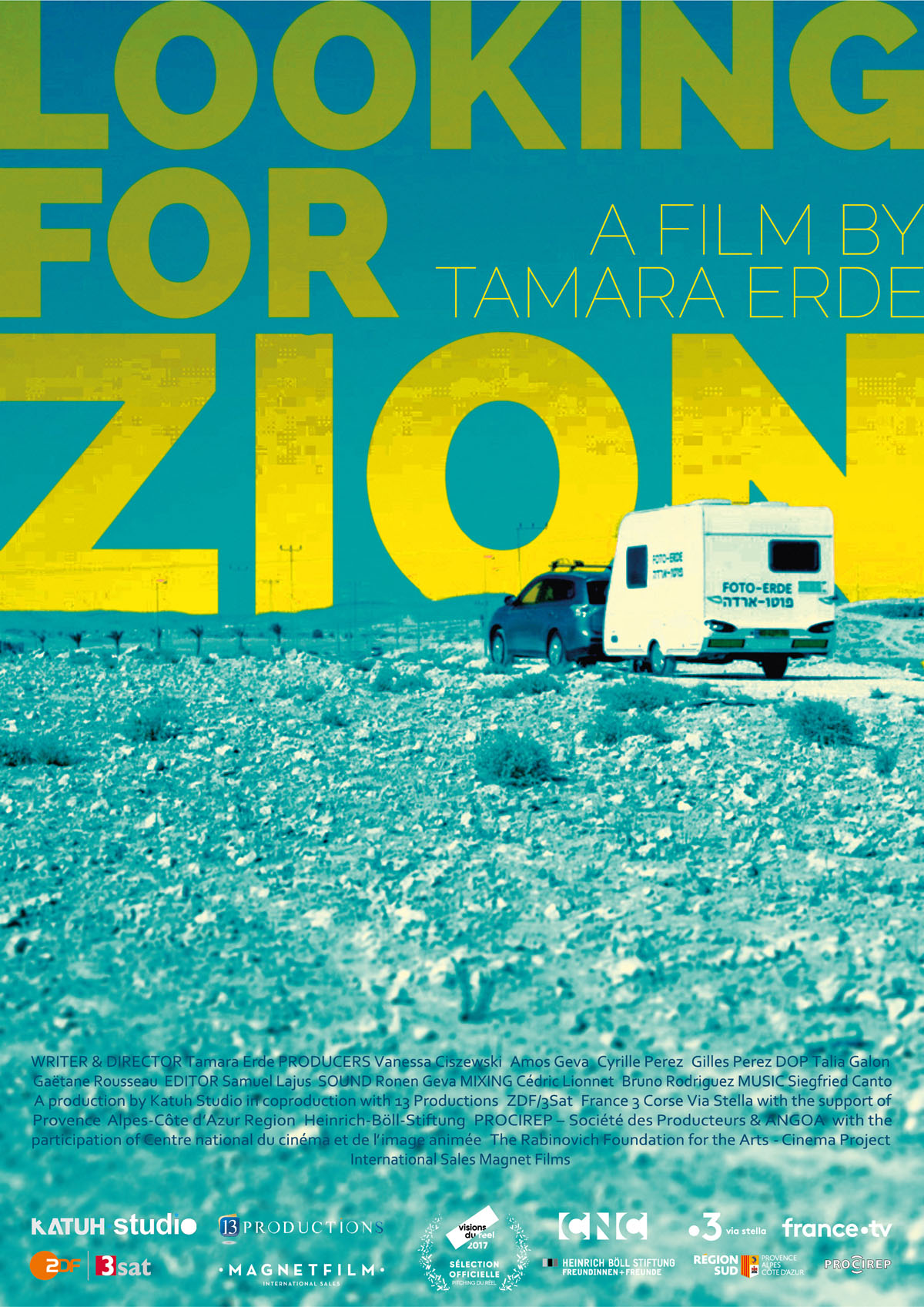 Looking for Zion takes a journey through Israel, a road movie in which the director is retracing photographs taken by her grandfather, Ephraim Erde, official photographer of the Zionist movement from the 30’s.
On this journey taking place in nowadays Israel, the director confronts past and present, and the two different points of view: that of the Utopian photographs of Ephraim from the years prior and following the creation of the State, and hers today.
In parallel, the director confronts her intimate family story, questioning her mother and some never-met relatives about past conflicts and family taboos that reflect not only on the personal journey but also on the national political one.
A journey aiming to better understand and question the past generation’s choices through the photographs of Ephraim becomes a quest for ways of finding a possibility for a change in the present, a possibility of imagining new dreams, in a reality filled with paradoxes.